While many Bollywood actresses, including Malaika Arora, Jacqueline Fernandez and Deepika Padukone have showed off some hot pole dancing moves on the big screen, this dance form is also a favourite fitness regime for many of them. Kriti Kharbanda, too, is a huge fan of pole dancing and had earlier flaunted some neat moves on social media. For more than a year, she took a break from it, but is now back to her favourite fitness regime. She says, “I went back to pole dancing after a gap of almost a year-and-a-half. Through the pandemic, I didn’t have access to a pole, though I wish I did. And when I went back to pole dancing, I felt like I had to go back to the basics. But the sense of release and happiness that I felt, was unbelievable. I remember my trainer looking at me and saying, ‘That is probably the most genuine smile I have seen on someone who has returned to pole.’ That’s how much I missed it, and that’s how happy I was to revisit something that I love doing.”

‘It makes you feel empowered’ 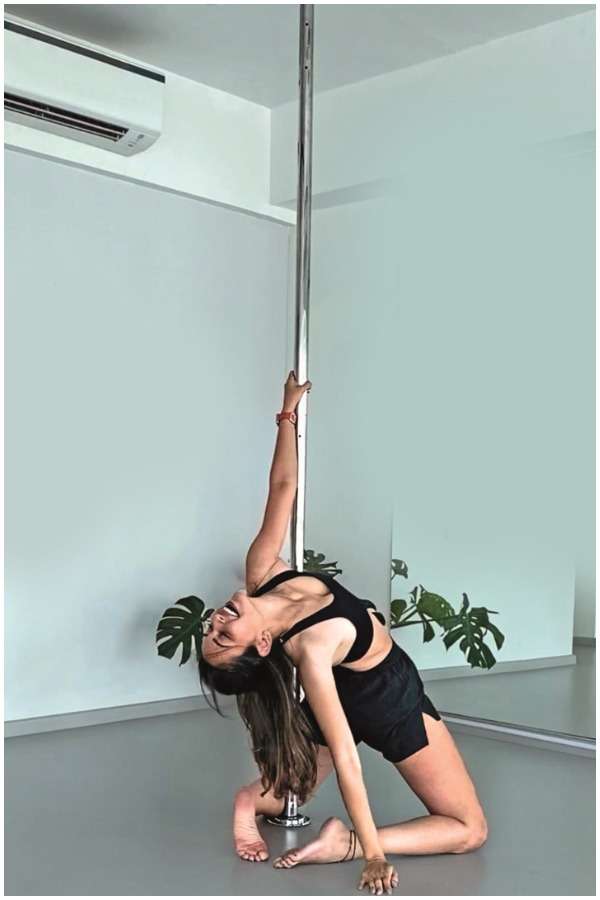 As a fitness regimen, Kriti swears by pole dancing. “It’s absolutely amazing; it’s the kind of workout that makes you feel so empowered. It’s a great stress buster. It requires so much concentration that you have no choice, but to throw out every other emotion and thought, because one step wrong can lead to injury. I think what pole dancing does is — it helps you get in shape physically, and also helps your mental fitness. After doing a pole workout session after so long, I felt like I had meditated for an hour. It was amazing,” says the ‘Housefull 4’ actress.

Kriti points out that it has more benefits apart from fitness. “My workout has helped me transform my body language more than anything else,” she says, adding, “I know I have become far more confident than I used to be, I know I feel fitter than I used to feel. I guess it’s something that gives you this energy. It makes you feel like you can conquer the world because what you are doing is working against gravity. It makes me feel extremely empowered, and I believe it’s for everyone. Anyone who wants to, should try their hand at pole dancing and take it up.”

The ‘Pagalpanti’ actress is back at work now, but she did face a difficult phase. Speaking about it, she shares, “The last couple of months have been challenging for everyone around me. I know that it was difficult for my family and me, wherein many tested positive for COVID-19. It gave us a reality check that while the heart may want many things, it’s very important to be practical and safe for yourself and others.”

By clicking Subscribe, I expressly permit LiveLikeCeleb and its third parties and business partners to contact me by email with offers for goods and services at the email address provided and LiveLikeCeleb to use and share my information in accordance with its Privacy Policy and Terms of Service . LiveLikeCeleb may also combine my information with additional information obtained from other sources.

Abhishek Chaubey on Sonchiriya: ‘Was interesting to show a respected but...

When They See Us teaser: Netflix series delves into the controversial...

IPL 2021: No holding on for Sunrisers despite paltry target against...

admin - September 26, 2021
0
The best player in the match – by a country mile – finished on the losing side. Jason Holder was the highest scorer...